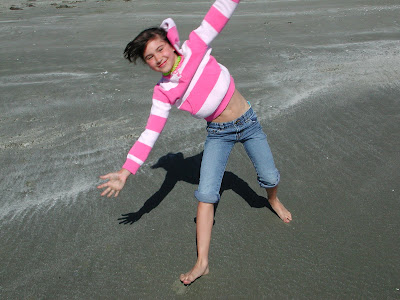 Something wonderful happened on Monday night:  we met "the new doctor in town," a brilliant pediatric cancer researcher who has come to Seattle to change the way cancer is treated.

There is a back-story to this, which, for us, started a little over three years ago. For the doctor, it started even farther in the past. I'll explain...

A young man was awarded a high-school internship at Fred Hutchinson Cancer Research Center. While he was there, he worked on the study of the immune system. This young man eventually became a doctor, and went to work at the City of Hope in Southern California.

Three years ago in Poulsbo, shortly after Katie's passing, we invited our neighbors to have dessert with us. The husband is an immunologist, who was instrumental in the development of the drug Enbrel. His wife is a two-time cancer survivor, and they are very kind and civic-minded people. I wanted to ask him some questions about cancer treatment, specifically:

So I did ask these questions, and the answer was given gently and (as I recall) regretfully:  we haven't harnessed this power because we don't fully understand how the immune system works, yet.

That was three years ago.

Since we founded the Katie Gerstenberger Endowment for Cancer Research at Seattle Children's Hospital, we have had it as our aim to help finance research into more effective, less toxic cures for solid tumors like the one that took Katie's life.

On Monday night, we met the doctor who is bringing that research to Seattle Children's Hospital - the same man who studied at The Hutch as a high school student: Dr. Mike Jensen. He had just arrived, less than a week ago.

To be honest, when we received the invitation to the reception, we hesitated. Katie's Endowment is relatively small, when compared with some of the guilds and foundations that we know. We wondered if there had been a mistake - we aren't wealthy, and we aren't influential, and I sensed that this reception was designed for that crowd. But my gut and my heart agreed that we should go to meet the doctor, and hear the latest information, because I do most of my volunteer work in this field. It's my passion. So I persuaded Gregg to go, and my mom joined us.

The reception was held in a beautiful home in Seattle, overlooking Puget Sound, and graciously hosted. We met people who - like us - have a passionate interest in moving cancer research forward. We saw my friend Carin, whose son Ben was diagnosed with a life-threatening tumor (on the very day that Katie passed away), and who died from his cancer. Carin & her husband, Jeff Towne, created the Ben Towne Foundation, and they have helped to bring Dr. Jensen to Seattle. Standing next to Carin, and hearing Jeff speak about Ben's life and death, I wept.

Then Dr. Jensen spoke, and here is what he said:  he has found a way to teach T-cells from the human immune system to kill cancer cells, without the side effects that come from chemotherapy or radiation. This treatment has the potential to kill cancer cells and tumors in children and adults, without harming the healthy cells in the body.

Listening to him describe his work, I felt as if our prayers have been heard. As I watched the video of T-cells destroying cancer cells, saw the "before and after" scans of a brain that had solid tumor disappear from it due to this therapy, and heard about the lab results, I thought, "It's a miracle." It's just what I was asking for, three years ago, and it is now going to be advanced and supported here in Seattle. 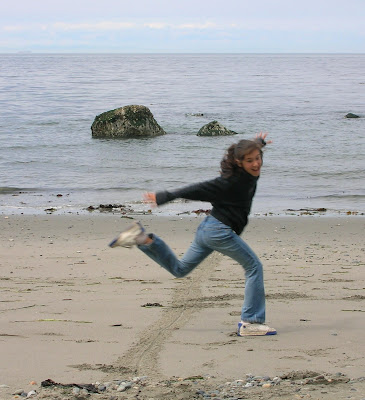 The joy and elation that I felt after this reception are greater than nearly anything I've experienced since before October 10, 2006 - the awful day when Katie's tumor was first discovered. I have real hope that cancer may have met its match in Dr. Jensen's research.﻿

Posted by Hopeful Parents at 8:13 PM