I admit it, I hate trauma.

It colors everything you do and tips your world upside down.  It takes your soul and leaves it battered and scarred.

Last week Marvin had a huge trigger episode.  Normally we know when they are coming and can head them off at the pass.  This time it snuck up on us like a thief in the night.

Normally he bounces back.  This time has been different.  He and I spent the weekend sick on the sofa.  This week he has clung to me.  I can't even go to the bathroom without him hanging outside the door.  I realize as a mom that you give up the right to pee privately anyway, but still this has been different.

We realize that he has a lot going on.  We have a once in a lifetime trip to Disney coming up!  While most kids are over the moon the trauma child's voice echos "Will I be safe?  Will you take care of me?"  He will be excited once we get there and he gets involved.  I know my boy.  But right now it is one anxiety after another.  Will there be bathrooms?  What if there are bad people there?  What if something happens to our car?  What if a shark eats us on the way down?  Even the silly becomes something to be feared.

I have to remind myself how far he's come when things go bad.  I remember when it used to be a struggle to get him to preschool.  How when we got there he spent some days unhappy and the car rides home screaming that he was never going back.  It took a lot of work and therapy to discover that he didn't like that I was the teacher and leader and when he misbehaved guess who he got sent to? Now mind you I'm not a horrible person.  Most kids enjoyed having extra teacher time.  We put a few works back on the shelf, rolled some rugs, looked at a book.  Come on, this is some serious individualized attention.  I swear I had one child who made it their mission to see me everyday:).  But for Marvin it was more of an issue. For him it was the fact that he was "in trouble" with mom.  And moms aren't safe people.  They hurt their children.  Over and over again.  If I could go back and have a do over I would have insisted that we did it differently.  But I didn't know.  So we muddled through the best we could.

Now he enjoys school.  And he realizes that yes, mom gets flustered, but mom is safe.  Mom cuddles, tussles, plays, and most of all loves her kids.  With all her being.

But to be hit with this storm last week was hard.  It was watching everything I worked so hard for be unravelled right in front of my eyes.  His therapist called it pre-verbal trauma.  In a nutshell something happened to Marvin when he was a tiny bean that was so horrifically bad that it was repressed until now.  We did everything right.  We met him at the level he was at.  What hurts is that whatever demon it was may be back again.

So this week I feel like I've been on eggshells.  I've kept my voice quieter.  Sharp words that form on my tongue have been stifled.  Lots of cuddles, hugs, books, songs, and whispers.  Whispers that say, you are safe.  You are loved.  Nothing is going to happen to you.

He's finally coming around and I feel like I've battled a tiger.  And I'm not quite sure who won.  But I know this.  Marvin is safe, he is loved so very much.  And if he can't believe it right now I'll just believe harder for the two of us.  Because I'm his mom and his sanctuary.  And I also know that he's a survivor.  And whatever the trauma or the storm we will meet it head on and together.


Recently, the President signed the ABLE (Achieving a Better Life Experience) Act.  This will help parents of children with disabilities to be allowed to save funds for their child without risking the loss of benefits.


How it Works
The ABLE Act uses plans that are similar to a 529 savings plan used for college.  Some families already have “special needs trusts’ which are used in the same way.  Typically families were only allowed to have up to $2000 in assets in their child’s name, or the child would lose eligibility for Medicaid and/or SSI (Supplemental Security Income.)  The ABLE Act allows families to deposit up to $14,000 yearly, for a total of $100,000 savings without affecting benefits.  Extended family members, friends, and the person with a disability would also be able to contribute funds to the plan.  Income earned by the account, and contributions to the account, would not be taxable.  The total annual contributions to any such account are $14,000.


Who is Eligible
People with disabilities are eligible if they have a condition that occurred prior to age 26. In addition, the individual must meet the eligibility criteria for SSI or SSDI (Social Security Disability Insurance.)  Please note that there can only be one ABLE account in the individual’s name.  It is also possible to have both a special needs trust and an ABLE account.  Please also see the Exceptional Parent magazine link below which discusses the interaction between ABLE and Medicaid.


What Families Need to Know-Next Steps
It is possible that ABLE accounts could be open this year.  However, states need to develop regulations.  To encourage quick action, parents should contact the Governor in their state found at http://www.nga.org/cms/home/governors/staff-directories--contact-infor/col2-content/governors-office-addresses-and-w.html.


The ABLE Act will prevent children with disabilities from having to live in poverty in order to maintain benefits such as Medicaid and SSI.  Now, families can save for their child’s future. 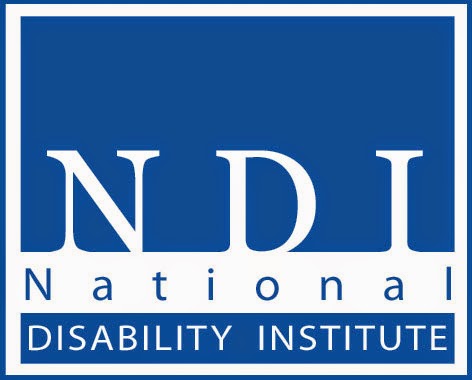 
Lauren Agoratus is a parent/advocate who works for the Statewide Parent Advocacy Network and serves as the NJ Coordinator for Family Voices (www.spanadvocacy.org), a national network that works to “keep families at the center of children’s healthcare” at www.familyvoices.org or FB www.facebook.com/pages/Family-Voices-Inc-National/137783182902269.  She also serves as NJ representative supporting caregivers across the lifespan for the Caregiver Action Network (formerly National Family Caregivers Association) in a volunteer capacity at http://caregiveraction.org/ or FB www.facebook.com/CaregiverActionNetwork.