To be a warrior is not a simple matter of wishing to be one. It is rather an endless struggle that will go on to the very last moment of our lives. Nobody is born a warrior, in exactly the same way that nobody is born an average man. We make ourselves into one or the other. — Powerpressive 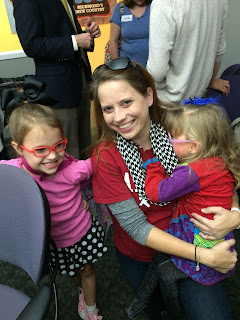 We don't always get to choose the paths in life that we take.  This picture here is of a good friend.  Like myself, she is a parent to children with multiple and complex needs.


Growing up I was the quiet kid.  I didn't say much at school.  I was extremely introverted.  I just wanted to live an ordinary everyday life.  Grow up, have a job, get married, find out I was secretly royalty and that my biological family was going to surprise everyone when they came and I was a secret duchess of something.  Hey, even the quiet girls have dreams!

I did grow up, had a fantastic job, an awesome hubby, and was pretty content to coast on by.   Then my life changed.

I didn't want to sign up for warrior status.  But when my children came along I found out that nice people can and indeed do finish last.  Not all the time, but a good chunk of it.

It started out with small changes, pushing back ever so slightly.  The small changes worked and over time I became bolder and bolder.  By the time Cary Lynn joined the family I was on my way to becoming a seasoned warrior.  Over the three years she has been with us I have by and large given up on having a quiet and ordinary life.  My days are filled with advocacy, fighting for needs, pushing against a system that often times works against us.

Warriors aren't born.  They are made.  They become.  My friend has become a warrior for her children.  Day by day she fights for them.  As do each and every parent of special needs children that I know.  There is not one of us who will stop until our children get what they need.  We have to work much harder at it, but giving up has never been an option.

There are also side effects of becoming a warrior.  When you make the choice to become one it impacts your family.  My son watches me put on my battle paint and draw my sword for justice.  My daughter hears my voice while I am shouting for equality.  Little by little Marvin and Cary Lynn are starting to pick up their own swords and shields.  I see it day by day.  When my son tells people that he needs a break, that they need to hear his feelings. When my daughter picks up her communication device and says NO NO NO NO NO. When she fights against things that hurt her.  Every day I see proof that I am raising warriors. 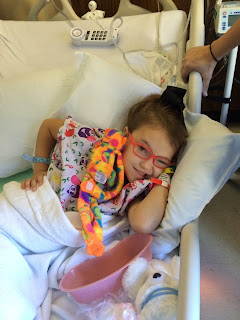 Right now my friend's daughter is in the hospital.  Again.  She had a major colon resection, a J-tube placed, adhesions removed, and a new button placed in her.  I went to the hospital to visit her.  She's in a ton of pain.  But she is also a warrior.  She is fighting hard to recuperate and her strength amazes me.

As I'm writing this I'm also watching her son and daughter.  They too are becoming warriors. Not because they were so excited about all the fringe benefits they are going to get out of it. But  because their mom is a force to be reckoned with.  Her strong drive and amazing mindset blow me away on a regular basis.

Her son has changed so much this year.  He's become more expressive, tries to take care of his younger sisters, and has stepped up to the plate time and time again.  Her daughter who sits next to me coloring is the spitting image of her mama.  Her mannerisms  and the way she helps me out with my daughter when she is over show me that some day this little girl is going to take the world by storm.  Our children are reminders and visible benchmarks of the path we have chosen.

Make no mistake.  We will fight for our children.  We are Warriors.  And I wouldn't have it any other way.

In my last blog I briefly mentioned Ross Greene’s work on Collaborative & Proactive Solutions (formerly Collaborative Problem Solving.)  Find out how to use CPS with your child and how this can help your family as a whole.


Collaborative & Proactive Solutions (CPS) means just that – working together to solve problems.  Parents can partner with their children to prioritize issues to address.  This means that parents get input from the child and the child feels part of the process.  The child can assist in identification of the problem as well as help come up with possible solutions. 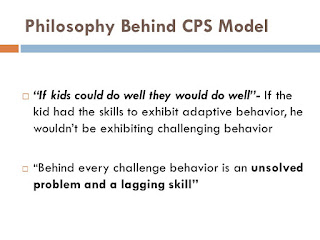 Developed by Ross Greene
How it works
CPS is a matter of prioritization.  Even though family caregivers may feel like there are many issues to be addressed, they can’t work on everything at once.  Issues involving safety and health, for example, running out into the street, need to be addressed first.  Steps to using CPS include:
1.       Empathy (plus reassurance)
2.      Define the Problem
3.      Invitation
A simple example (adapted from NAMI Basics-see Resources) could be when the child leaves a mess after eating.
Step 1 Empathy:
Parent:  “Most times you do clean up and I am very grateful when you do.  I will try harder to mention those times to you.”
Step 2 Define the Problem:
Parent:  “Ok, I understand that sometimes we all forget.  My concern is that we have an ant problem in the house and I worry this will get worse.”
Step 3 Invitation:
Parent:  “What can we do to help you remember to clean up?”
Then brainstorm on possible solutions like putting up a sign, and if the child agrees, problem solved!  Together, discuss all possible solutions and why they will or won’t work. 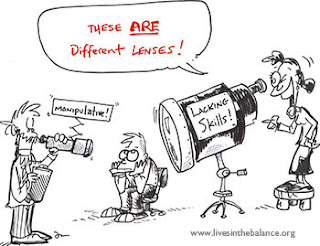 Why it works
Dr. Greene believes that “children will do well if they can.”  This means that your child is doing the best s/he can with the skills s/he has.  Sometimes it’s not a matter of compliance, but a skills issue.  This means that the child simply doesn’t have the skills needed yet.  Again, it is important that parents recognize that all behavior is communication and sometimes the only way children can communicate is by acting out.  The overwhelmed or nonverbal child may only be able to cry or scream or run away from a situation that is too much for him/her.  The key is to teach appropriate replacement behaviors and effective communication skills.  By involving the child in working on this together, the child will “buy into” problem solving since s/he will have a choice about what to work on and how to fix it.
CPS will help family caregivers to “pick their battles” and let the rest go until the larger issues are resolved.  For more detailed information, see the one page factsheet at http://www.livesinthebalance.org/sites/default/files/One%20Page%20CPS%2011-12-12_3.pdf
Resources
Ross Greene’s website including books “The Explosive Child” and “Lost at School”
www.livesinthebalance.org


Lauren Agoratus is a parent/advocate who works for the Statewide Parent Advocacy Network and serves as the NJ Coordinator for Family Voices (www.spanadvocacy.org), a national network that works to “keep families at the center of children’s healthcare” at www.familyvoices.org or FB www.facebook.com/pages/Family-Voices-Inc-National/137783182902269.  She also serves as NJ representative supporting caregivers across the lifespan for the Caregiver Action Network (formerly National Family Caregivers Association) in a volunteer capacity at http://caregiveraction.org/ or FB www.facebook.com/CaregiverActionNetwork.
Posted by Lauren at 10:36 AM 200 comments: