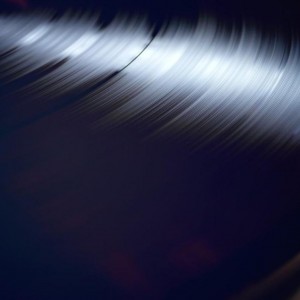 Among the jagged parts of this day in this parenting-with-differences life were: working around varied and adamant refusal to participate in summer school speech therapy, nearly constant physical support for an almost 60lb kid, the murky and frustrating gaps not covered by the alternative communication we rely on,  awkward logistics of changing a 9 year old’s diaper, the irritating and relentless “science experiments” such as pouring a cup of water onto the iPad to see what would happen, flashes of anxiety about the impending school year – new teachers, new friends, new curriculum, concerns over unusual expressions and sounds and a leaky blocked tear duct, the usual stares and comments from others in public, the responsibility to respond to all these in constructive and positive ways… all of this and more served as the raised, serrated parts of the day.


Many days I go bumpily careening perpendicular to each barbed edge, hitting each head on, resisting, digging deeper, feeling deeper all of the things that in brighter times are called inconveniences and in darker times are called hardships.  Below and between these toothy things, sometimes totally overshadowed in any given 24 hour unit, are the grooves.  The thin, smooth furrows between the teeth that when recognized, propel me on with their own kinetic power. These parts are lower, finer and less obvious than the rest.  They are easy to miss.


While the high walled inconveniences are very present every day, today I rode in the grooves.  After the less than stellar speech therapy session, Addie’s respite caregiver arrived.  They have a genuine mutual respect and fondness that makes it effortless to leave them together once a week.  During this precious time today, my 13 year old and I got to cross some back to school shopping off the list.  Cate picked out a few things and tried them on.  She fell deeper in love with them in mirror the fitting room.  While I said little – if I were to agree too much about how lovely her choices were, she may get a bit suspicious and rethink her selections, turning to the things I'd hoped she'd pass over in the first place - I piled a the few she loved into the “yes” heap.  She threw herself at me as though I had just changed her life forever.  All through lunch she continued to pepper her chatter with subtle and less subtle expressions of a grateful heart.  This groove was greased with her truly gracious smiles just for me and with the gladness of knowing she is one who is so full of thanks she easily allows it to overflow.


When we returned from shopping, Cate scooted off with friends and Addie’s respite caregiver packed it in to head to a preseason NFL game (Go Packers!).  Addie and I lingered on the porch this cool and cloudy day.  She was watching a musical on her iPad – Godspell, actually.   We are not overtly religious people.  She’s just been wild about the movie since seeing her sister enjoy it one Easter, laughs that rare hearty laugh and skips from chapter to chapter for her favorite songs.  Many times she’d prefer to be alone and just hunker over her video in complete control.  But today she signed for me to "sit here" close to her.  She skipped to a song the whole family knows by heart as a result of how many times she watches this movie.  She looked up at me with her very specific “I want you to do something and now I'm gonna tell you what” look and opened and closed her mouth a few times.  When I didn’t respond immediately to that, she pointed her tiny tongue and soundlessly mouthed “ la la la.”  Ah, I’m to sing along.  And so I did.  She smiled and bobbed head side to side all the while, as though my singing voice might be an acceptable one.  It isn’t.  But you wouldn’t have known that looking at her.  Which made me sing louder and with exaggerated animation – just the way she likes it.  From there we moved to watching video slide shows I have made over the years for Addie and for her older sister.  I commented on some of the photos, she signed a bit, each sharing some observations.  At one point she climbed up into my lap and laid her head against me – something she usually only reserves for her pops.  In this groove I felt her let go to me, not resist, not require my support, just let go and cease worrying about agendas – neither mine nor hers.  It dawned on me that I didn’t know who was following whose lead.  We just were.  Slipping and sliding through that smooth, narrow-but-deep, easy groove together.


A brief return to craggy pitching when later Addie adamantly hollered at me with her communication device, EAT, EAT, EAT and I realize I have nothing planned for dinner.  I find Cate has returned with a backyard full of kids.  I decide to use that to my advantage while I find something for them to eat – equipped to do so solely due to the trailing propulsion from the grooves I’d ridden in already a few times today.  A small gasket could easily have blown otherwise.


As I settled the girls to some dinner they’d eat without complaint, my husband arrived home from work gearing up for his training run. He is doing his 5th marathon in October, so he’s been pretty diligent about getting his miles in.  On his shorter runs, sometimes the whole family will go.  I’ll run along, he’ll push Addie in the mega-jogging stroller and Cate will ride her bike.  But Cate still had a yard full of friends and now Addie was entrenched in their merrymaking.  So we asked Cate to mind her sister while we did a quick run together.  Just the 2 of us – a running date. Never happened before.


I am not a fast runner, nor am I a distance hound.  Michael pulled his pace back for me, which I know is not easy.  We chatted about nothing in particular.  He had a bit more distance to cover than I was planning to run, so I kept telling him to go on ahead or turn off for an extra loop.  Other than 2 hills I was not gonna do (slight injury yesterday as I failed to clear a bench I was trying to leap over chasing Addie at the science museum), he kept alongside me.  About his insistence to stay with me, he said we never get to have any time alone together, so we should stretch it while we have it.  He referred to our general lack of time alone, but also to the fact that due to parasomnias and apnea, Addie actually sleeps safer and more consistently with the solid warm weight of another person next to her.  So yes – she still sleeps with us most nights.  While we don’t sleep all the way through, we’re all better off when we don’t have to keep getting up to reset her from the vigorous rocking she does when she’s alone at night.  When we say we are never alone, we do mean pretty close to never.


And so we ran side by side, sometimes talking, sometimes just listening to our foot strike.  This groove daubed with rhythm and fresh air, with natural and complete conversations with my husband, with the lack of requests – verbal and otherwise – from dependents.


This day I coasted in the grooves.  I hope momentum carries me partway through tomorrow.  For I know I will skitter across the rough edges again before long.  But at least it will be with the faith that I can drop down again into a smooth spot at any time.