I believe too often we underestimate children.

As part of Nick's transition to a new school, it was agreed that a presentation on Prader Willi Syndrome would be offered to his entire 8th grade class. This, I believed, was important so fellow students could understand how to relate better to Nick.

The idea arose from the inclusion success we experienced last year at his previous school. If you are a reader of our blog, you may recall Nick's sixth grade teachers asking me to speak to their students about inclusion and the tremendous response that occurred once the children were enlightened. 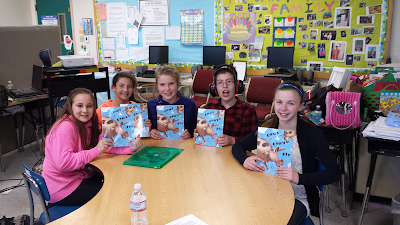 Nick's new school however, was not interested in allowing me to speak to their kids. In fact, parental involvement has always been vehemently discouraged in our local school district. So instead, it was suggested a PWS "expert" present the show. I decided it really didn't matter who gave the discussion, as long as the children were educated, so I agreed.

A speaker was hired and scheduled to visit the school in November. A letter was sent out to parents informing them of the upcoming assembly and providing an opportunity for those students who were not interested to opt out. 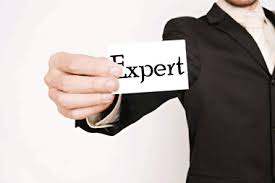 A few days before the big event, I received a call from the special ed coordinator. She informed me that the "expert" expressed deep reservations about speaking to middle school children. She feared that students at this level would not want to help. She feared that Nicholas would be bullied.

Since this was an "expert" making these statements, the coordinator canceled the speaking engagement and begged me to reconsider my request.

I used only one word to answer her:

I told her "the so-called expert" seriously underestimated these students.

I told her I knew this because I had done this before. I had spoken to teens about inclusion and experienced spectacular results. I described how last year's students became enthused about inclusion and wanted to help. I told her how several teens expressed how they were no longer afraid and appreciated learning about how to relate to children diagnosed with special needs. I told her how the experience moved students, teachers, and administrators to embrace change.

But since my request was written up as part of Nick's IEP, she had no choice but to comply. 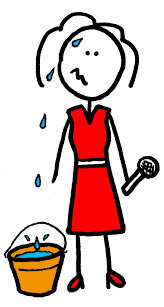 She agreed to move forward but requested that SHE give the presentation. She asked to use the PWS PowerPoint slides I had presented to the staff. She asked if I would attend the assembly as her assistant, there only to answer any medical questions.

But I had no idea how well she could speak.

The PowerPoint presentation was my baby, my blood, sweat and tears. Would she do it justice? Did she have an ability to connect with an audience, particularly one she didn't trust.

When suddenly I was struck by an idea.

I realized I had a chance to enlighten not just the children but this  "nonbelieving" special ed coordinator too. I couldn't resist. 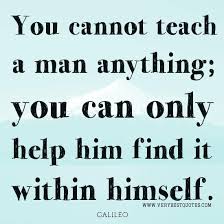 The big day arrived. The coordinator was nervous. I told her not to worry and that she would be pleasantly surprised by the student's response. I told her that even if she changed the mind of only one student, then it would be a success, she would change the world.

We entered the empty auditorium where the PowerPoint projector was prepped and ready for our use. Unfortunately, however, the remote control to change the slides was missing.

Luckily, the assistant principal entered the room. I asked her if she or one of the 8th grade teachers would kindly help us to switch slides? 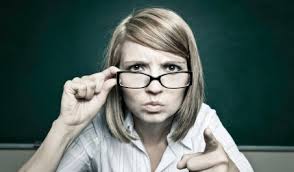 She laughed in my face at such an audacious request and told me that I should be grateful they were attending at all. It was clear from her tone that the teachers were NOT interested in this inclusion presentation. They were not convinced that this would work. They were resentful to be asked to participate in such a ridiculous farce.

I ignored her behavior and told the coordinator I would switch the slides.

Slowly, the students began to enter the auditorium.

They were excited and animated, speaking loudly among themselves. More and more students arrived, filling the room to it's capacity, most of them sitting directly up front. Nicholas and I were seated before the crowd.

The assistant principal stood beside us and held up her hand,

"Quiet down," she barked, "We are here today to learn more about one of our new students"

The coordinator who was standing quietly behind the podium, began to speak.

She was nervous and spoke very softly.

In an effort to finish, she breezed through the slides too quickly

I began to worry that she was losing the audience, neglecting to pause after each slide to give the crowd a moment to reflect.

But the presentation was filled with powerful images and it appeared that folks were listening.

﻿
She finished the show in record speed and asked,

"Does anyone have any questions?"

There was complete silence.

The coordinator shoulder's sank, her worst fears realized, the kids, she believed, were not ready for this. 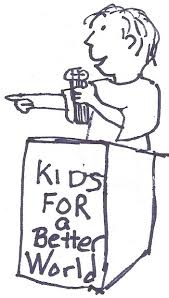 But I knew better.

I sprung from my chair to speak directly to the children.

"I know what you're thinking. This is scary stuff. I was scared once too. And I am Nick's mother. But right now we have an opportunity, a chance to learn all about this frightening stuff. In fact, once you ask your questions, I am sure you will find that it's not so scary after all. You will find that Nick is the BEST friend you could ever have. He will not talk behind your back. He will never say an unkind word. He will ALWAYS be happy to see you. So, please raise your hands and ask the questions you want to ask."

I looked beside me and asked Nick if he wanted to say anything to the children. He smiled and turned his head to the side, telling the kids,

That was all it took. One by one, a few hands went up.

The coordinator, using a microphone, walked over to the students and asked them to speak their questions directly into the hand piece.

"Will Nick always have this?" A brave boy asked.

"What is a seizure?" another one said.

"Where is Nick's classroom located?"

"Is he coming with us to Camp Kiev?" 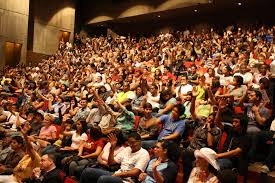 And pretty soon a sea of hands shot up from the crowd, a mighty collection of boys and girls, all wanting to know more. The coordinator ran from one side of the room to the other trying to keep up with all the questions. The students were motivated and engaged, anxious to learn exactly how they could help Nicholas.

I was surprised to see a few teachers raise their hands.

The assistant principal's jaw dropped open wide as she stood speechless beside me.

Soon, we ran out of time. The bell rang to signal the end of our time together.

The coordinator announced loudly to the students that before they left, there was a sign-up sheet located up front for anyone who was interested in visiting Nicholas in his classroom. 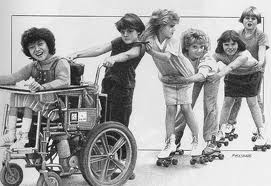 In one collective movement, all of the students rose and headed toward the front. No one left.

Lines and lines of giggling students clogged the aisle-ways.

getting to know Nick.

The response was overwhelming.

The coordinator and assistant principal scurried out of the room to rustle up more pens and paper so more children could enlist.

What was immediately noticeable, at least to me, were the smiles on the student's faces.

The kids, I believe, were inspired, hopeful to have an opportunity to make a difference and become empowered.

It was a beautiful bonding experience for the entire room of participants. The energy was electrifying.

Surprisingly, on the face of the special ed coordinator....a tear.

I thanked her for her bravery.

The very next day, I received an email from her. She thanked me for pushing her. She told me that a boy she did not know approached her in the hallway and said,

She told me the assistant principal made a special effort to describe the energized climate at the staff meeting held shortly after the presentation. At the meeting the teachers were inspired and exuberant, anxious to discuss ways of including Nicholas into their classes.

And the number of students who signed up to come visit Nick's classroom you ask? 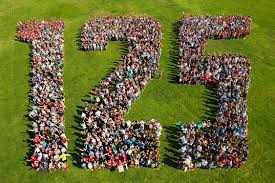