Children diagnosed with Prader Willi Syndrome often suffer from low muscle tone. In my son Nicholas, this weakness effects more than just the strength of his muscles, it also effects many of his internal systems, things like breathing, digestion, even his heart rate.

It also effects his intestinal tract. Constipation and difficulty in his ability to "go" are some of his more common ailments. Please pardon the bathroom talk... 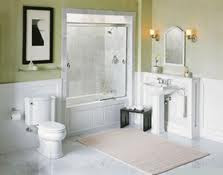 As a result of this slowed elimination process, Nicholas spends a lot of time just sitting in the bathroom. Now, for my son Weston, this would be a huge problem since sitting still for any length of time is nothing short of torture for him. But for Nicholas, spending time alone in the bathroom has become one of his new favorite pastimes. It is his own private oasis, a quiet place to sit, talk, sing and enjoy his own company.

Today, Nicholas and I have just returned from an appointment with his orthopedist.  We enter the house and Nick announces he needs to go to the bathroom. He has acquired this interesting " I gotta go" announcement behavior from Weston, who for some reason feels compelled to formally announce to me every time he needs to go to the can. Why, does he do this, you ask?... I have noooo idea.

Anyway, Nicholas goes into the bathroom while I start to prepare lunch. When I hear....

"Swiper no swiping..." he sings, scolding the poor imaginary fox.

Then suddenly the singing stops. I hesitate for a moment before smearing peanut butter quickly on his sandwich.

I listen closer. The sound begins again, only this time, I hear conversation.

"Hey Tommy, we need to change his dipeeee." He says

"What do you mean WE?" he answers.

And I realize he is now reciting one of his favorite scenes from Rugrats. The conversation continues for a good five minutes. He is comforted by the familiarity of this repeated scene. Suddenly, once again, the conversation stops.

It is quiet for a few seconds....I walk slowly over to the bathroom door to listen.

"I am Lightening! Lightening McQueen....rrrrrrccccckk!" shouts the talking red plastic race car that I assume was left abandoned in the bathroom from a previous "Nicholas" visit.

Then, once again. Silence.

Not wanting to disturb my son's amusing pantomimes, I hold back my laughter and peak inside the crack in the door where I see Nicholas sitting on the toilet now looking at his reflection in the window on his right. He is beginning a conversation with himself while simultaneously watching the movements of his mouth in the window.

"We need to find the troll bridge," he says, "Can.....you.....find..... it?" he asks and begins gesturing with his hands, pleading with himself to find the bridge. He is continuing to watch himself in the window and is enunciating each word very slowly. He moves his head left to right, studying the variety of expressions he is exaggerating on his face.

Suddenly, he turns toward the door. I pull my face quickly back, hoping he hasn't seen me.

Again, there is silence for a moment as I stand motionless behind the door, holding my breath.

Slowly the soft singing begins again as I hear Nicholas start to recite the rainbow song.

"Red and orange, green and blue, shining yellow, purple too. All the colors that you knooow........"

He holds the knoooww for a few seconds and continues,

"Live up in the rainbow!" He finishes the song and claps his hands.

Nicholas has now been in the bathroom for 15 minutes. I am about to knock on the door to hurry him along, when I stop myself.

I reflect back to when he was a baby and how his low muscle tone had made him tire when he drank from his bottle. Doctors used the term "failure to thrive" and he was placed on a feeding tube. He was called a slow feeder. I worried that he would not gain any weight.

When he was two years old, he finally learned to walk. He was called a slow walker. I worried that he would never walk.

Speaking, writing and running all took longer for Nicholas than most children. He was called a slow starter. I worried that he would never learn to do any of these things.

At first, Nicholas's delays, his slowness to acquire skills, made me concerned and anxious. To me, the word "slow" was synonymous with "worry". It was a disturbing concept. 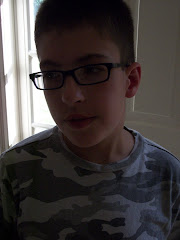 He lives his entire life moving slowly and deliberately, enjoying every moment of his life. He is on his own schedule. He embraces that extra time he needs to do things. He never worries about wasting time or getting there fast. He lives in the moment. He creates enjoyment out of the most mundane of everyday tasks. He performs these tasks while singing, dancing, loving and just living.

I decide not to knock on the bathroom door.

I go back to the kitchen to continue listening to my son's delightful bathroom antics.

I am listening to him enjoy his life. As I listen, I too laugh and enjoy my life just a little bit more.

I return to making Nicholas his lunch, only this time, I take my time. I make his sandwich slowly and deliberately taking time to stop and smell the peanut butter.

To read more about our adventures dealing with PWS, AHDH, Asperger's and a variety of other acronyms...

Please come visit us at www.onalifelessperfect.blogspot.com

Posted by Hopeful Parents at 12:07 PM