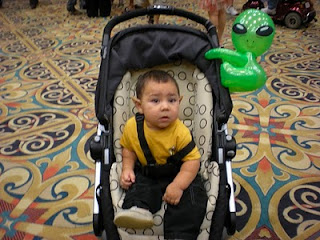 Are there any Star Trek fans out there? Well, I am one, of both the original and The Next Generation. Going back decades (but that’s why reruns are a wonderful invention),  there was an episode of Star Trek called “Devil in the dark”  (1967).  The story was about the Horta, one of the few life forms made from silicon. The Horta had been killing people on a mining colony and the crew of the Enterprise was called in to find the creature and kill it. Well, Mr. Spock discovers, through a mind meld with the Horta, that her murderous behavior was intended to defend her 1000s of silcon babies who the miners had been killing. The Horta, as any empathic mother would be, was in a great deal of pain and desperately attempting to defend her young.  The Horta, under her stone-like appearance was very sensitive and very misunderstood. In the final analysis, she was just another mother trying to save her babies.

I thought that many of the parents who read this blog might be able to relate to this particular Star Trek episode. It can be difficult dealing with a world that will sometimes misunderstand your child and create more harm than help. And, in response, I’m sure that you know parents who have had to develop a hard shell to guide their children through the school system, medical establishment and social mine fields. The shell, just like the Horta’s exterior, becomes a way to protect deeply vulnerable emotions that are exposed when we have to protect the people most near and dear to our hearts.

Too bad we all don’t have a Mr. Spock and the crew of the Enterprise to help us understand and negotiate peaceful solutions. I wonder how difficult it is to learn the mind meld technique and is it only offered on the planet Vulcan?

Posted by Hopeful Parents at 3:58 PM