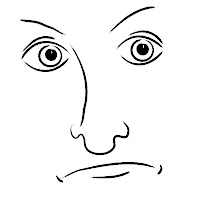 Anger is just another emotion - sure...  It is a very uncomfortable, sometimes unacceptable emotion, especially when the anger is directed at those we love or at us (either from others or self directed). But it is good to understand anger; in that way, we can develop coping strategies.

When we are angry, we not only have an emotional response, but there can also be a strong physical response. Anger was probably hard wired into us a long, long time ago and had its beginnings in a primitive, reactive animal instinct that developed to help us stay alive. It is known as the flight or fight response and was particularly useful when we lived in caves and were threatened by wild animals who wanted to eat us. Thinking of anger in this developmental context, it isn’t surprising that we developed a ‘fight or flight’ response.

You will recognize the components of fight or flight. Anger shoots signals to all parts of our body to help us prepare to either fight the enemy or flee from the danger. Either way, it energizes us and prepares us for action. Our blood pressure rises, we feel a rush of adrenaline, and our respiratory rate increases. Blood is directed into our muscles and limbs which might require extra energy for running or fighting. Our pupils dilate, and our awareness intensifies. Our impulses quicken (the opposite of your post yoga feeling). We are now on the lookout for the enemy and ready to fight.

These days, we more often feel threatened by other human beings than large animals, but it still feels like they want to “eat us”, more psychologically than physically. At those times, we are operating in the part of the brain that is not rational.  We may not be able to process decisions clearly and may make choices based on a temporary situation or a strong but fleeting emotion. An angry person often makes mistakes because anger causes a loss in self-awareness and objectivity. We also forget that we might feel differently in a couple of hours or days and come up with better solutions to our present predicament.

What to remember when you are angry

1. No emotion will last forever; not even anger although you might think so at the moment.

2. Think about Victor Frankl’s advice, “Between stimulus and response, there is a space. In that space lies our freedom and power to choose our response. In our response lies our growth and freedom.” Frankl believed that human dignity resided in the power that, no matter what the circumstances, we have choices that we can make.

3. Try not to be afraid of your anger but don’t get too fond of it either. Anger is a powerful emotion that you can harness and use productively or allow to run wild. You can make use anger; it can lengthen or shorten our lives. Anger is like electricity which can run large machines or zzzzzzzz !

Posted by Hopeful Parents at 1:02 PM