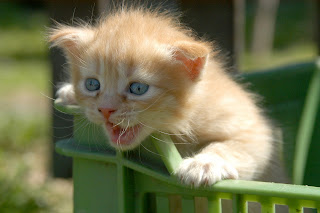 What is the definition of honesty? I looked it up and here are a couple of definitions that I found

“Fairness and straightforwardness of conduct"

“Adherence to the facts”

Honest communication can be extremely liberating and sometimes painful. I feel that honesty is often relative to the person telling the “truth”. I believe that the intent behind the message is what is most important. Of course good delivery and a receptive audience makes all the difference in the world! Many people genuinely do their best to tell the truth as they know it, but it still can be clouded by their own perceptions no matter how sincere their intentions.

How many people do you know who would insist that they are always honest but their conduct does not match up with what they say? If you don’t know anyone personally turn on the news and watch one of our various politicians involved in a scandal for an example. (Yes Congressman Weiner I am talking about you! unfortunately you are not alone.)

I also keep a special category for those I consider the “Creative Truth Tellers” this group does adhere to the facts but skews them in such a way that it is favorable to them.

From the blog Life Ain’t For Sissies by Dr. Linda Edelstein

Years ago, marathon encounter groups were quite the fashion.  In the early 70′s, I attended one at the U. of Chicago where a group of strangers sat around and talked, vaguely led by someone. The group went on and on (that’s why they called it ‘marathon’) and the goal was to break down defenses and get people to be in touch with their feelings. Yes, I’m a psychologist and I do believe in feelings and emotions. I know that we learn a great deal from examining our internal lives but this exploration is usually done best in therapy or with a trusted companion rather than in a group of strangers with a half-baked leader. Anyway, back to the U of C marathon….

Some time after midnight, one woman in the group turned to another and said, “I want to be honest and tell you how I really feel about you,” and then she unloaded.  Somehow, this was supposed to be okay because it was “honest”.

I was young and pretty naïve but I knew that phrase, “I want to be honest” was trouble. I’ve heard it since and I haven’t changed my mind. I have seen honesty used as a cruel, aggressive weapon. When it is used in this way, the goal isn’t to benefit the receiver of the information; it serves to release the “honest” speaker of guilt and responsibility for aggressive and cruel words.

What do you think? Are you honest? What was your intention the last time you told the "truth"? I think these are important questions to ask ourselves before the next important "honest" conversation.

Posted by Hopeful Parents at 10:52 AM